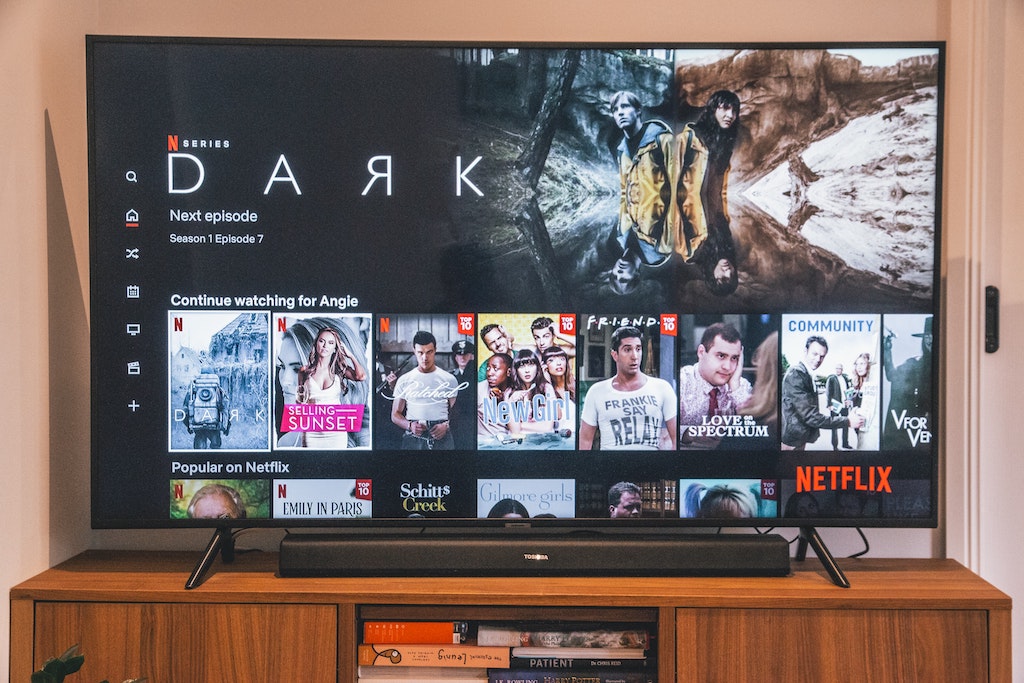 The top 10 apps for smart hospitality TVs span the full range of streaming content from original movies to timeless classics and more. The challenge is choosing which apps appeal to you and which ones don’t necessarily feature the kind of content you had in mind. Thankfully, the sheer range of options available in hospitality TVs makes it easier to compare integrated apps.

Still, the goal is to enhance the hotel guest experience by offering them premium entertainment they may not have access to at home. After all, not every person subscribes to every streaming service, so if you give hotel guests free rein to browse each app, they can feel more comfortable staying in their rooms during their travels. Some may not want to leave the hotel room because there’s a seemingly endless universe of streaming content nowadays.

Without a doubt, hotel technology products like smart TVs work best when you tailor them to the type of entertainment people crave most, and sometimes, it’s an easy win to provide them with ways to get away from their smartphones without getting rid of the apps they’re accustomed to using daily. Unplugging and unwinding while staying at a hotel is step one for many, but that doesn’t mean hotel guests want to go entirely off the grid. Hotel TVs with apps strike a balance between staying connected to the digital realm and taking a step away from mobile devices.

Hospitality televisions come with more apps than people will need, so the trick is installing the best ones to make guests feel at home while also providing them with something extra that they don’t usually enjoy. Here’s a breakdown of the top 10 integrated apps available on smart hospitality TVs to make it easier to choose which ones are most likely to enhance a hotel guest’s stay.

Consider Netflix the most popular video streaming app of all time. Other services are catching up to Netflix, but the size of its user base is impressive. About 220 million people subscribe to Netflix at this time, and you can expect that figure to keep climbing. People who prefer to stream entertainment are loyal to their favorite Netflix series, so why not give hotel guests easy access to what they already like?

Initially, Netflix focused on shows and movies that were a bit out of the mainstream, and that was the entire appeal. The app doesn’t bombard you with advertisements; it even auto-plays shows if you want to binge on content while on vacation. Netflix is so ubiquitous that guests may be upset and have a negative experience if hotel TVs don’t have Netflix installed.

The only downside of Netflix is that the application has more content than anyone could watch. The idea is to have options for everybody, but far too often, it’s easy to get lost in the Netflix library, browsing for an hour until you finally settle on something new. Besides that, Netflix is a fantastic app with an easy-to-use interface and plenty of entertainment options.

If you’re staying in a hotel room with your family, family-friendly smart TV apps like Disney Plus can make you feel more at home. In fact, hotel guests may not subscribe to Disney Plus, so when the application is integrated into a smart TV, it can be a real treat for the little ones. Entertaining kids in a hotel room can be challenging when children don’t have anything familiar to entertain them. Disney programming, including classic films like Alice in Wonderland and The Lion King, is always a hit with kids and parents alike.

Content-wise, Disney Plus features entire categories dedicated to blockbuster movies and education series. Currently, the app has a whole section featuring all of the Star Wars movies, including the spin-off shows, and there’s also a section for the Marvel comics franchises. If that doesn’t appeal to hotel guests, they can always fall back on one of the timeless movies from the Disney catalog or something from the National Geographic library.

Whereas other apps claim to have “something for everybody,” Disney Plus actually delivers on the promise. That’s one of many reasons Disney Plus is catching up to the major players in content streaming like Netflix and Amazon Prime Video, which is a great smart TV app.

The user interface for Amazon Prime Video should be familiar because it mimics the Netflix interface well. The app also integrates recommendations with popular options, making settling on a specific movie or series easier. In other words, it goes opposite to Netflix, which gives you thousands of options; however, Amazon Prime video still gives you access to hundreds of movies and shows.

But one significant difference between Amazon Prime Video and Disney Plus is the ability to rent or buy new movies, giving hotel guests an alternative to going to a theater to see the latest releases. Since the service integrates with an Amazon account, you have the option to watch content across several devices in the mobile versions. The smart TV versions have many of the same features, making them recognizable and familiar to hotel guests who are avid fans of the service.

Think of HBO Max as the creme-de-la-creme of video streaming services. The app only shows highly-rated, critically acclaimed films, and the catalog refreshes monthly. You can find exclusive series on HBO Max, too, but just like the cable TV channel, the movies are the real star of the show. Best of all, HBO Max doesn’t only focus on films released over the last two or three years. Instead, the platform shows classic films from every genre, from sci-fi to suspense and comedy. You can just as easily find a great movie from the early 90s as something from the late 2000s.

Besides that, HBO Max occasionally also features entire film franchises. The Batman series is an excellent example at the time of this writing because the application goes as far as to include animated Batman movies in addition to live-action films. It’s a nice touch that the developers didn’t necessarily have to add to the application. Nonetheless, the range of movies you get with HBO Max, combined with the quality and exclusivity of the entertainment, is why HBO Max is a superior video streaming service for premium content.

People rely on YouTube for information on almost anything, especially videos uploaded by YouTube users. In fact, that’s the entire point of the platform. Anyone can post content on YouTube and gain thousands, if not millions, of followers, so it only makes sense to include YouTube in hospitality TVs. People expect access to YouTube when they need to research something in a pinch. For example, hotel guests may want YouTube videos of local attractions and top restaurants to build an itinerary.

Additionally, the YouTube recommendation algorithm is impressive in how it strings together related content. This way, finding content on a particular subject is much easier, which can be a lifesaver for a hotel guest staying in an unfamiliar area. Hotel guests can find reviews on tourist hot spots or discover destinations that tourists don’t necessarily travel to. Overall, YouTube is a massive repository of information with funny viral videos, DIY instructional content, and music. Depending on the smart TV brand, there might be a dedicated YouTube Music app besides the main app. 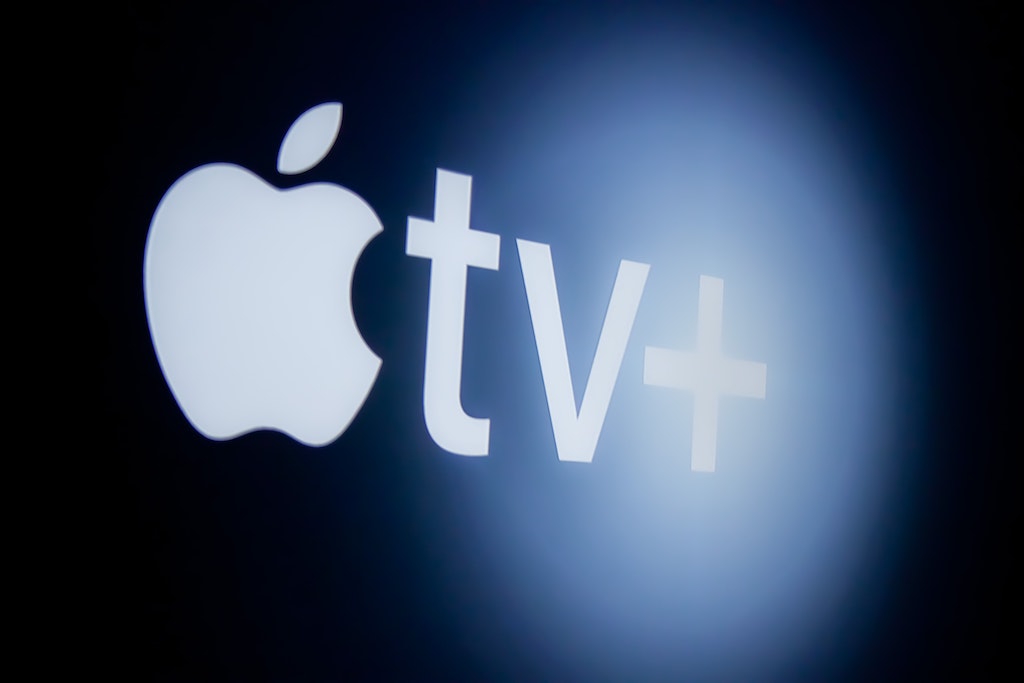 Apple TV Plus is another great app that may come with a smart hotel TV. You get the same variety of original programming as you get with Amazon Prime Video and Netflix. The difference is that Apple has exclusive licenses for specific movies and series, so you’ll only be able to watch them on Apple TV Plus. But that’s the whole appeal of the platform since Apple has worked hard in recent times to create a seamless experience for iPhone users across all devices, including smart TVs for hotels.

The only downside is that Apple TV Plus targets iPhone users specifically, so if you use a different type of mobile device, the application isn’t as practical. If you rent a movie via Apple TV Plus, you can’t view it on the Android operating system phone. That’s a major reason Apply TV Plus can be a treat for hotel guests since not everyone can access the app’s content.

So far, we’ve gone over the options that allow hotel guests to put down their smartphones for an evening and stream content in a different way. Still, not everyone will feel comfortable stepping away from their mobile devices. As a happy medium, smart hospitality TVs can install the Chromecast app. It will allow guests to “sling” content from their smartphone to the TV screen. Some people already watch content like this since they’ve cut the cord. If guests don’t want to let go of their mobile devices, Chromecast allows them to replicate the same experience they’re used to but in a hotel room. The catch is that the mobile app must have Chromecast capability.

Accuweather is another top 10 smart TV app because it’s helpful, simple to use, and recognizable to millions of people. Many hotel users will already use the Accuweather app on their mobile devices, so it’s another easy win to include it in a hospitality television’s app lineup. The app will display today’s forecast and a 5-10 day forecast, a must-have when staying in a hotel. This way, hotel guests will know what to expect before they leave their room, and if they have to stay inside for a day, they’ll have access to plenty of other smart TV apps.

As one of the most popular music streaming services today, Spotify works great for finding top 40 songs, but it also comes with custom playlists. You can easily find music by searching for the artist or the genre. Once you select a piece, the app will continue to play other music users have liked, and you can shuffle tracks or repeat them. Still, the thing about the Spotify app is that it’s easy to use for all ages. The app does well at helping people discover new music that they wouldn’t hear on the radio.

Lastly, we come to the iconic music streaming app: Pandora. Spotify may have a more extensive global user base, but Pandora was the first actual internet radio app. The app was free for anyone to stream before mobile devices became popular, but today, it comes with many premium features like the ability to skip tracks without advertisements. Pandora’s recommendation software is the main difference between its music streaming services.

Whereas other services rely on a user base to vote tracks up or down, Pandora’s algorithm selects songs that are musically related to one another. So, if songs are musically related by key or rhythm, there’s a great chance a user will like them as much as the more well-known tracks. In a hotel TV, Pandora can be a fantastic addition when guests want to stream songs in the background but don’t know what to pick.

Certainly, you could install over a dozen apps on a smart hospitality TV, but you can’t go wrong if you try the top 10. Hotel guests will greatly appreciate the variety since they’ll know you’re putting their needs first and foremost.